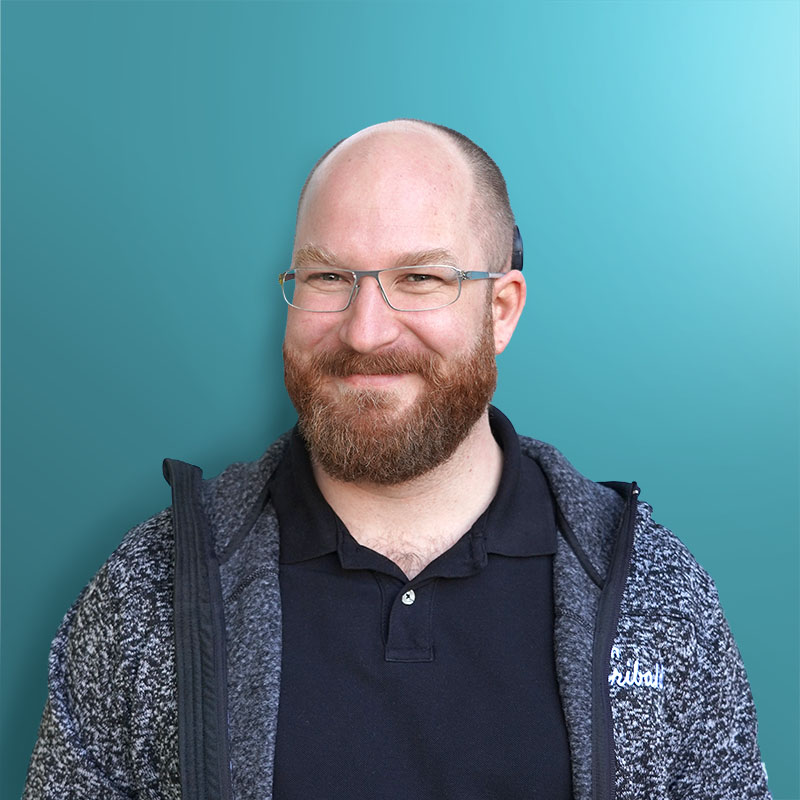 My name is Moritz, I live in Vienna and I am fitted on one side with a BONEBRIDGE. Ever since I was a small child, I had to struggle with middle ear infections. On the left side I had two tympanoplasty operations, and in the second operation a radical removal was performed, so I don't have any ossicles any more. I tried in-ear hearing aids but after wearing them for a year and a half, I suffered with constant inflammations in the auditory canal. My ENT doctor finally told me about the possibility of the BONEBRIDGE. That was the only option for me to be able to hear on both sides again, and so it was the best possible decision.

My biggest hobby is music, especially electronic music. I organize bi-monthly concert evenings with friends with unusual electronic music. Now I can finally hear bilaterally again – which of course is a great help when making music. In my job as an advertising graphic designer /musician/event organizer, I deal with people a lot. it is important to be able to understand quickly what they are saying and be easily approachable as a person. Since having the implant, I can finally be amongst people again without being completely exhausted in the evening from intense listening. What I'm mostly looking forward to though is the little chuckles and noises that our daughter makes.

I would advise anyone who is making this decision to make themselves aware of how much nicer life is if you can hear. So, be curious, research thoroughly, ask a lot.

I would advise anyone who is making this decision to make themselves aware of how much nicer life is if you can hear.